Displaying - of results for 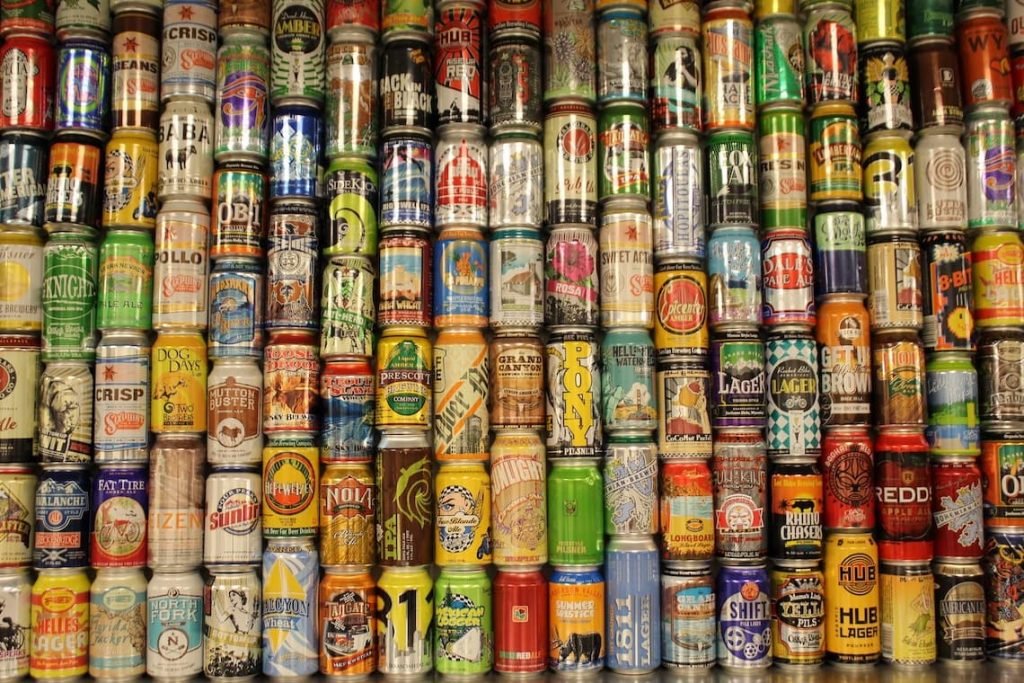 History of a Can

So many of our everyday foods & beverages and goods are packaged in a can, and this has been the case for a lot longer than you might imagine. The technology around canning of foods, pet foods, paint, oil, chemicals has evolved over time to include ring pulls, stay on tabs, screw tops, recyclable, double-seamed and the testing and inspection of cans is critical to ensure the integrity of the product inside.

1810 – Nicolas Appert (France) receives the 12,000 Frank prize from the French government after he invents the method of preserving food through sterilization. Nicolas publishes “Book for all households” which is translated and published in NY.

Peter Durand (England) receives a patent from King George III. The patent includes pottery, glass and tinplated iron for use as food container.

1818 – Peter Durand introduces his tinplated iron can in America

1847 – Allan Taylor, patents a machine for stamping cylindrical can ends.

1849 – Henry Evans is granted the patent for the pendulum press, which – when combined with a die device, makes a can end in a single operation. Production now improves from 5 or 6 cans per hour, to 50-60 per hour.

1858 – Ezra J. Warner (Waterbury, Connecticut) patents the first can opener! This was used heavily by the US military during the civil war!

1866 – E.M. Lang (Maine) is granted a patent for sealing tin cans by casting or dropping bar solder in measured drops on can ends. J. Osterhoudt patented the tin can with a key opener.

1870 – William Lyman patents a better can opener (rotating wheel, which cuts along the top rim of the can).Hinged lid tin cans are introduced.

1876 – Hume “floater” introduced to float solder onto ends of can s as they roll along “the line”.

1927 – Erik Rotheim (Norway), designs the aerosol can in 1926. He patents the first aerosol can and valve that could hold and dispense products and propellant systems (patent received in 1929).

1931 – Electrical can opener introduced (with a serrated edge which cuts along the top rim of the can).

1935 – Introduction of the beer can. The first beer can was “Krueger Cream Ale” – sold by the Kruger Brewing Company of Richmond, Virginia.
1935 – Felifoel breweries in Wales introduce canned beer into the UK using cone shaped topped steel cans.

1941 – US Soldiers rely on canned field rations during WWII.

1943 – Lyle Goodhue and William Sullivan invent a portable aerosol can using pressurized gas that can be used by US service men to kill malaria causing bugs during WWII.

1949 – Spray paint was invented by Edward Seymour. The first color was aluminum…

1953 – Robert Abplanal invents a crimped valve that can dispense pressurized gas. This significantly improves the aerosol can design.

1955 – Cans participated in A-Bomb civil defense tests in Nevada in order to test whether canned foods were safe to eat after Nuclear explosions (they were found safe).

1957 – Aluminum was introduced in metal can making.

1962 – Beverage can pull-tab was introduced.

1963 – Ernie Fraze (of Dayton, Ohio) together with the Dayton Reliable Tool Company, and Alcoa, invents the aluminium easy-open end.

1964 – Two piece can developed. Found to use less metal than the traditional three-piece can.

1967 – DWI aluminum cans (Drawn and Wall Ironed) are developed in the US.

1968 – The first Tin Free Steel (TFS) cans are made in the UK, pushed forward by UK Steel.

1989 – Retained ring pull ends for the beverage industry are introduced.

2001 – Crown Cork & Seal introduce “202 SuperEnd”. This results in a saving of steel (up to 10% savings), as well as increased strength and better pourability.

2003 – Patent awarded to Crown Cork & Seal for the SuperEndTM.

2010 – SEAM360 is introduced, revolutionizing the can inspection industry.

You can find more information about how we use cookies and change your settings at any time.
Accept All CookiesCookie settings
Manage consent

Out of these cookies, the cookies that are categorized as necessary are stored on your browser as they are essential for the working of basic functionalities of the website. We also use third-party cookies that help us analyze and understand how you use this website. These cookies will be stored in your browser only with your consent. You also have the option to opt-out of these cookies. But opting out of some cookies may have an effect on your browsing experience.
Necessary Always Enabled
Necessary cookies are absolutely essential for the website to function properly. These cookies ensure basic functionalities and security features of the website, anonymously.
Analytics
Analytical cookies are used to understand how visitors interact with the website. These cookies help provide information on metrics the number of visitors, bounce rate, traffic source, etc.
Advertisement
Advertisement cookies are used to provide visitors with relevant ads and marketing campaigns. These cookies track visitors across websites and collect information to provide customized ads.
Save & Accept